Facsimile - Museum in a Box

As a conclusion and dissemination of my covert residency at the V&A, I am making a downloadable PDF print, cut, fold and make museum box, which can be filled with cut-out printed objects.

It's a museum in a box, curated by the individual.

The V&A objects, now fabulous treasures, once in currency.

From recent EMF review of All of This Belongs to You at the V&A.

Part of the remit of such places nowadays is to re-examine their very meaning. A public gallery and museum isn't just a context for work, it is a whole set or multiplicity of contexts and agendas, which must constantly reflect upon itself.

What does it mean for an object that is part of the collection, how did it get to be there, where was it from, who valued and documented it, what judgements have been made about it over time, have those changed according to changing political or socio-economic shifts, and how do we read and respond to such objects and settings in our current climate. Those sorts of things, and many more - in what circumstance was the object made, was it made as a unique piece or one of many, why was it made, what does it signify, what forces were at play at the time, does it betray a vanished or outmoded attitude, was in made under duress or now unacceptable conditions. Was the object made from rare or everyday materials, was it made by artisan or obsolete methods, was it an object of comfort, or function, to repress, or to display wealth.

How does a museum display and care for the object, what information does it display about it, what objects does it show next to it by way of contrast, juxtaposition or harmony. Is the object ever going to be displayed or will it be stored, or disposed of. If broken, will it be repaired, restored, or perhaps copied for display. Will it be shown with historically accurate fellows, or to explain a development over time. Perhaps the object belonged to a particular person which gives it provenance, or it may be poignantly anonymous. I could go on. I really could.

Who owns the object, was it plundered, saved, bought, and if it now belongs to the nation, who may see it or access it, and if it truly belongs to everyone, what of those who never set foot in such a place as the V&A.

I had various ideas about making treasure boxes. There's such a feeling about all those beautiful and intricate boxes at the V&A, compartmentalised boxes for sewing kits or drawing materials, or personal care, or other secrets. I had the idea for the downloadable box pretty early on in the residency. What if all leaflets in museums and galleries could be thus transformed - it's so difficult to keep even lovely leaflets - postcards are better,

Museum quality - the plethora of judgements.
Museum shop - the psychology of wanting.

Making was a delight. I love making stuff and coming up with practical solutions. I made it a theViewergallery project - my project site and persona which is low-tech / handmade / digital.
http://theviewergallery.blogspot.co.uk/

All my sites, projects and personae essentially overlap, but I find organising things like that productive and facilitating to all those multi-tasks.

I thought it would be better to just record the making video without a rehearsal, and I think it's ok - if I did it again it would just be different but probably not better. I was talking to an art student recently about trusting the moment, and believing in what you can produce at the time. You've got to trust yourself, and not have some vague plan to go back and draw better or make marks better - continuing to work on a thing and post processing is completely different, and also full of moments to trust. It's very like that with video footage - you do everything possible to get it right at the time, and that's what you're capturing, that time, as best as can be got, with a flavour of that moment. Somehow there has to be as much control and planning, technique and knowledge as can be mustered, and then the spontaneity of the moment. My work may not look much like it, but I think owes something to my musical training in that there is practising, and then there is the performance.

It's like recording a performance in one take, rather than splicing and mixing recordings together for a sort of manufactured perfection. I'd rather go for the concert performance with graininess, because then all the subliminal parts match. That how I take and use video footage.


Some intriguing boxes at the V&A 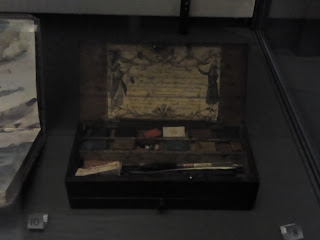 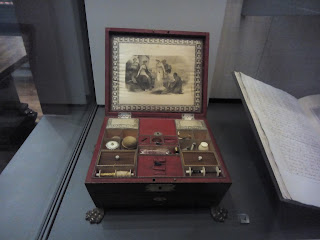 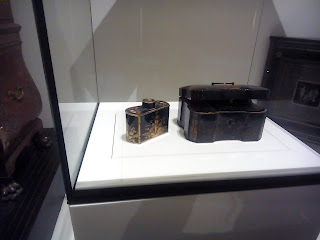 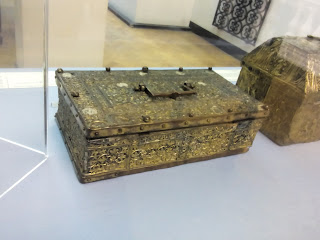 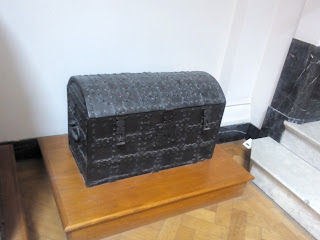 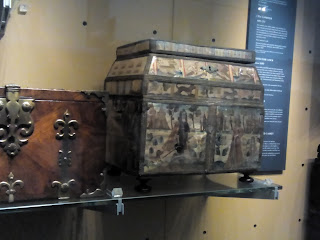 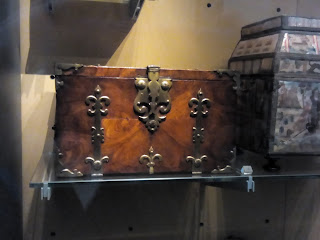 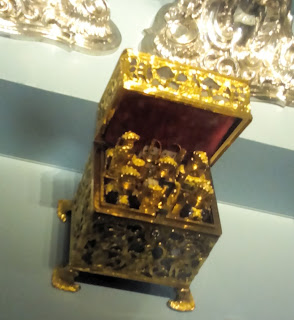 Posted by Eleanor MacFarlane at 19:05